by PharaohSabre
Starting up a little archive here in this thread to keep track of some gross people I've encountered as well as display them for informational purposes for other users. Don't take this as a call to attack or bully anyone, it's just my personal list of not so happy experiences and the people that caused them. I'll be adding entries as replies to this post, instead of editing this one.

What'll be here
☆Hackers that managed to evade HH
☆Harassment/bullying + threats of such
☆Excessive swearing directed at and intended to harm another player.
☆Game IDs/in game names used by the offender
☆ Packs they're affiliated with.
☆Forum names
☆Screenshots and other proof

What will NOT be here
●Legal Names
●Personal attacks
●Any kind of contact information (emails, phone numbers etc.)
●House/work adresses
●Real photos of ANY kind, of the person
●Social Media accounts outside of The Wolf Online Simulator community
●ENTIRE PACKS: "-Instert pack name here- has bad members and their alpha is ugly don't join them lol"

Terms I might use here:
◇Shadowing: Common in Co-op. Purposely stalking someone up and down the map, especially after being asked to stop. I don't mean running to the spot you just died at to attack an animal you were after. I mean running when you run, stopping when you stop, and if you use the sprint aura to try to run away, they use theirs to chase you. Sometimes, If they are stronger than you are, they prevent you from killing anything.

Disclaimer: Most of these are my personal experiences, I am not here to debate whether or not anyone mentioned here has done the same to you.

by Wolfeel
I hear that Wolfeel is a despicable character. I've seen him kill champs alone :/

by imdawolfman
Excuse the question, but why does that make him/her bad? Being strong is the point of the game.

OOPS! I reread and caught the sarcasm. I do the same when I need a break from PVP, and speaking of that...

What about wolves who go to PVP to socialize? I got cussed out today for attacking their little tea party by my own color, jeesh!
Get a cave.

Ugh they probably got nothing on Pharaoh, she's literally the worst co-op alpha and she steals

by BOREALIS
I really do not enjoy having players shadowing me. I often hunt with my sister, and for some reason little players enjoy running around with us and killing everything we see. If my sister and I stand there and wait for that player to leave, that player will stay with us and eventually start "attacking" us. Like, you don't even have to follow us!
Sorry for the little rant, but these may be my least favorite people in COOP.

User runs across the map at God speed summoning up to 5 thunderstorm clouds at a time as they go, killing everything in their path and causing horrific bouts of lag. Image proof below. 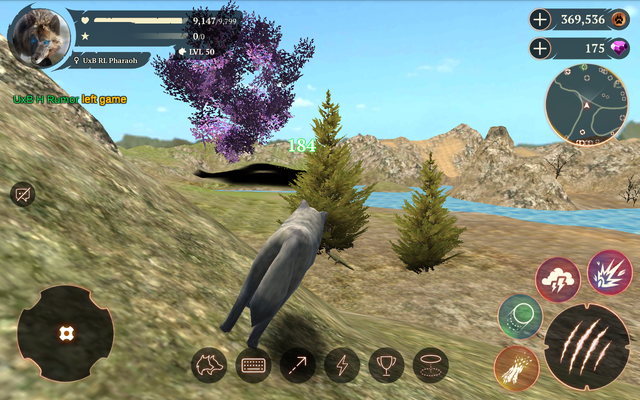 You can see severe darkness in the areas of the storms, which normally only happens when several players use TS at once. But This person and I were the only people in the room at the time, since everyone had left because of the lag. I stuck around for proof. 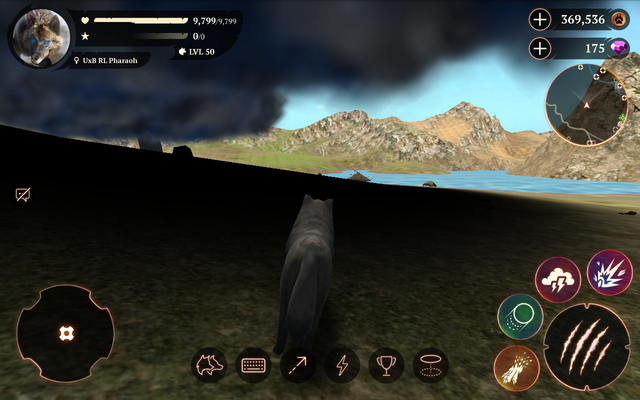 I also managed to grab their game ID. 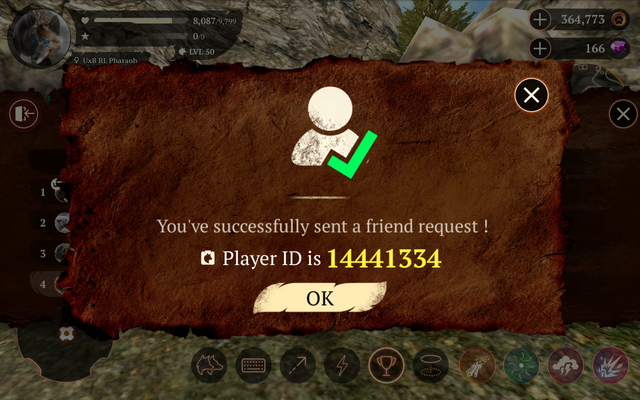 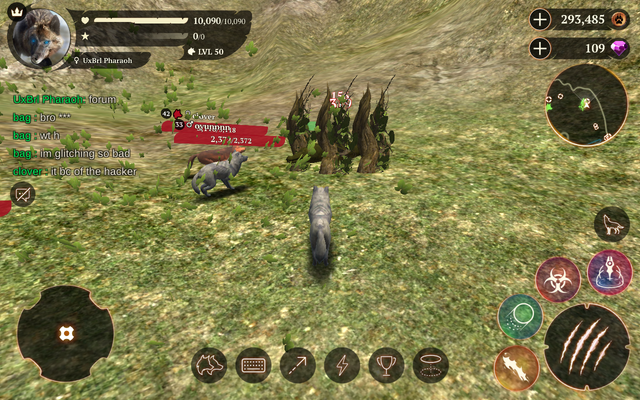 Using root prison like 12 times in a row, no cool down. Of course, causing awful lag in the process. 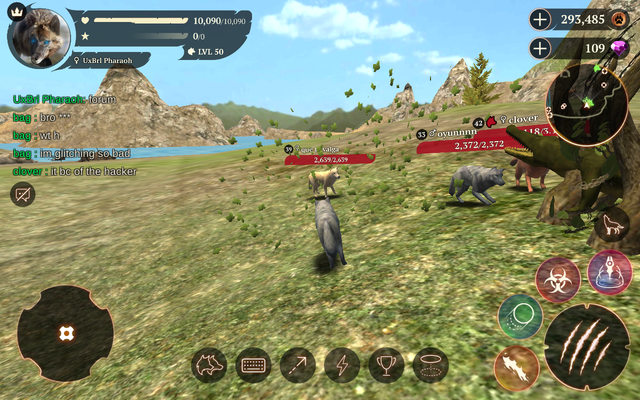 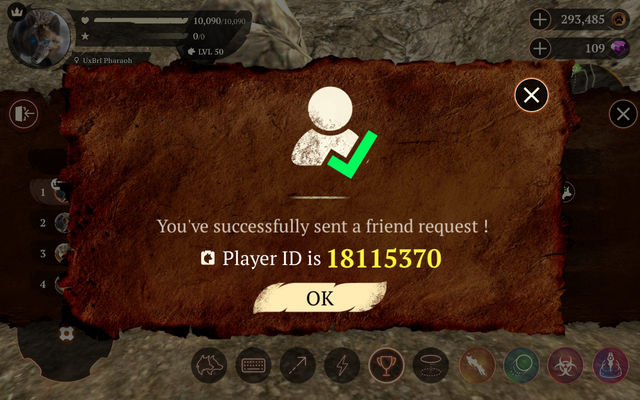 As another note, they accepted my request and I removed them immediately after getting their ID number, however I still got the "Friend as joined COOP room" notification even though they weren't in my friend list. They also appeared as offline for the short time they were on the list, despite being very much online and in the room with me, a tell-tale sign of a hacker.

PharaohSabre wrote: ↑
Fri Apr 19, 2019 4:17 pm
HACKER
As another note, they accepted my request and I removed them immediately after getting their ID number, however I still got the "Friend as joined COOP room" notification even though they weren't in my friend list. They also appeared as offline for the short time they were on the list, despite being very much online and in the room with me, a tell-tale sign of a hacker.

You can find so many hackers here and there nowadays, ruining the fun for everyone. They all have one thing in common, though: no skill cooldown (as far as I know). Regarding the "Friend has joined COOP room" notification after you've deleted them, they will still receive your notifications as you will also receive from them for a short amount of time (a few minutes maybe). I think that the game doesn't recognize you've deleted them immediately after you've done so, therefore still sending you and them notifications from each other.

by DUTCH
I recently came across some hackers in the green hill pvp arena, US region.
They had no cool down on their weapons, and killed me when I was nearby without physically attacking me. One even killed me with one bite when I was almost halfway across the map.
They both go by the name "Killing For Fun", one player was male and the other was female. Their player ID's were 3958617 and 11115014.

by DUTCH
And yet, I've found another hacker....

This one goes by the name "M2K CBR Hiro" and is male. Level 50 and found in Co op hunting, legend mountains, of EU reigon.
He kept using one of the claw dash powers multiple times in a row without cool down to speed really fast across the map. He also killed everything he came across with one bite. I tried following him, but he was too fast.