If you have any ideas regarding improvements that can be done in the game, post them here! Developers read this section frequently.
Post Reply
2 posts • Page 1 of 1

So I've seen this idea somewhere in the forums before, but I thought I'd make a new thread as I've edited a few images to imagine what it would look like in-game.

So I think a few players will agree with me on the fact that this game gets pretty stale the higher you level up your attributes. I'm currently level 246 in one of them and the thought of grinding 2 million coins for 1 upgrade (with each upgrade costing even higher and higher) is really daunting. Even with level 11 speed boost and dc, it still takes me 4-5 hours (depending on spawn) in a cc yak room to upgrade once, and even longer in level 45-50 rooms as the animals take more time to kill. I don't even want to know how long it would take to get 10 million+ coins for future attribute upgrades.

My point is that this game can get really tiring in the later stages and I think introducing tasks/missions will encourage level 50s to continue playing as it makes earning millions of coins/thousands of gems more bearable. These tasks would include hunting regular animals for extra coins and hunting champions for extra gems. I've edited the images below to show what it could look like (I tried my best to follow The Wolf's theme) 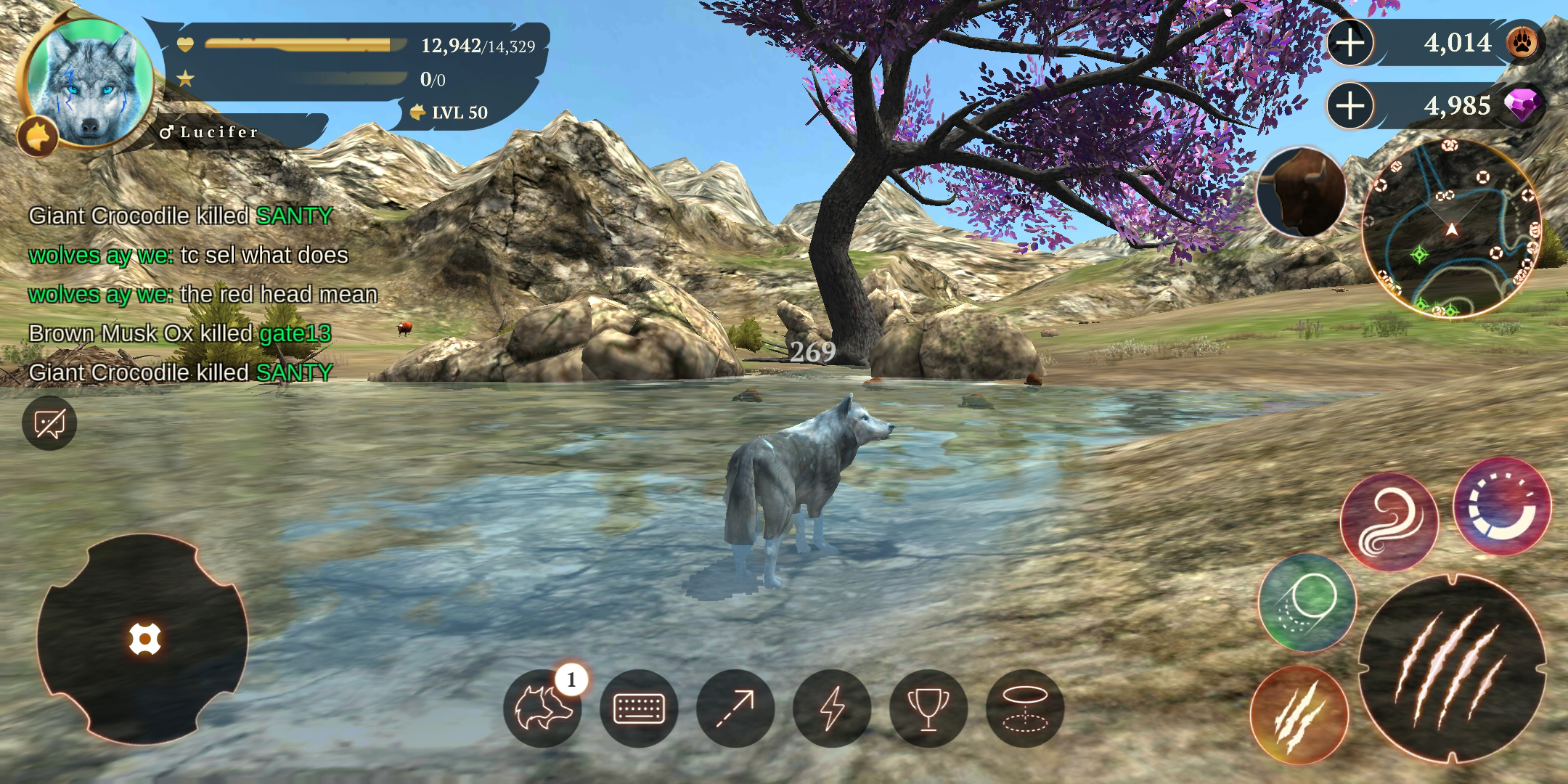 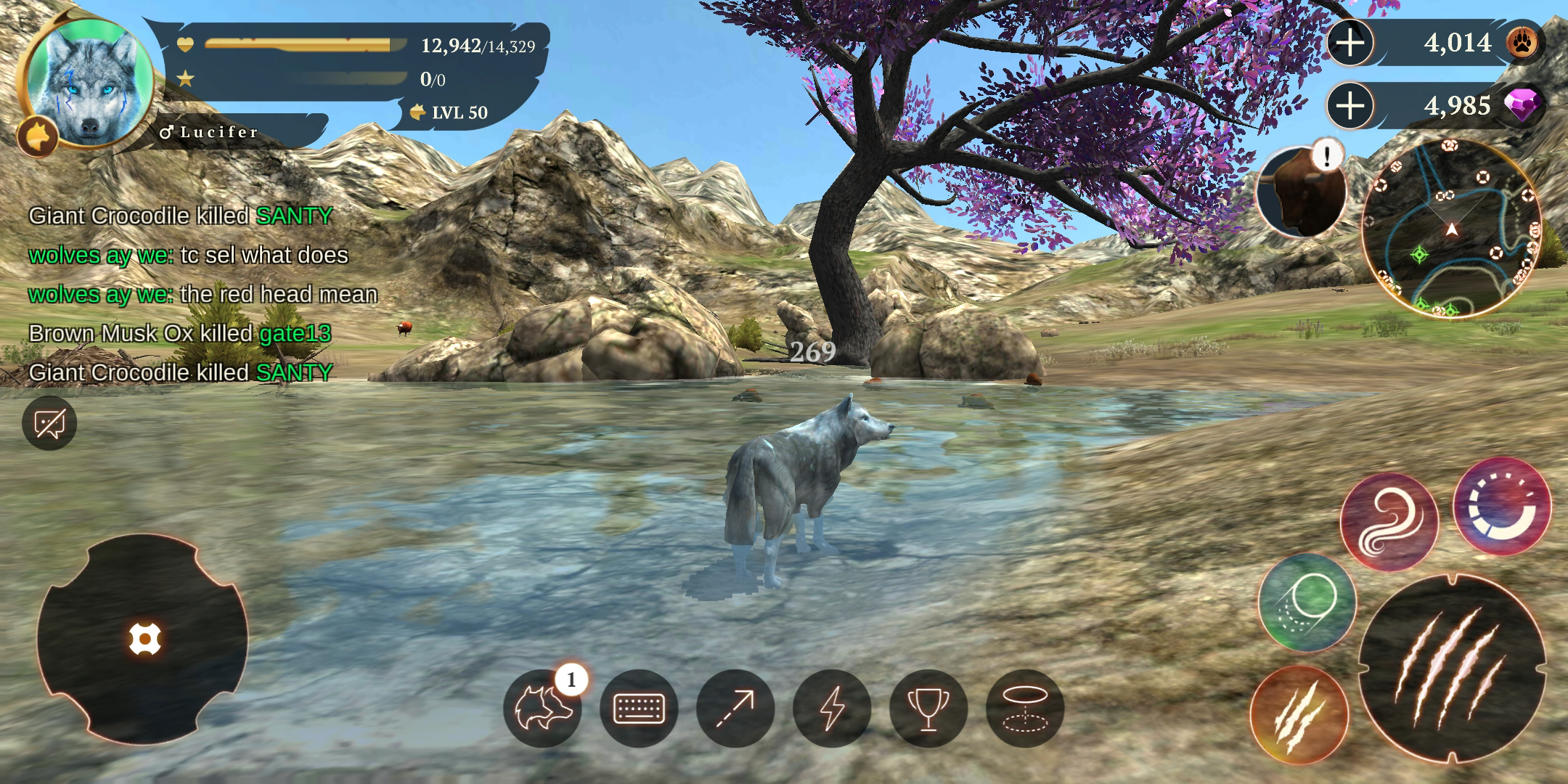 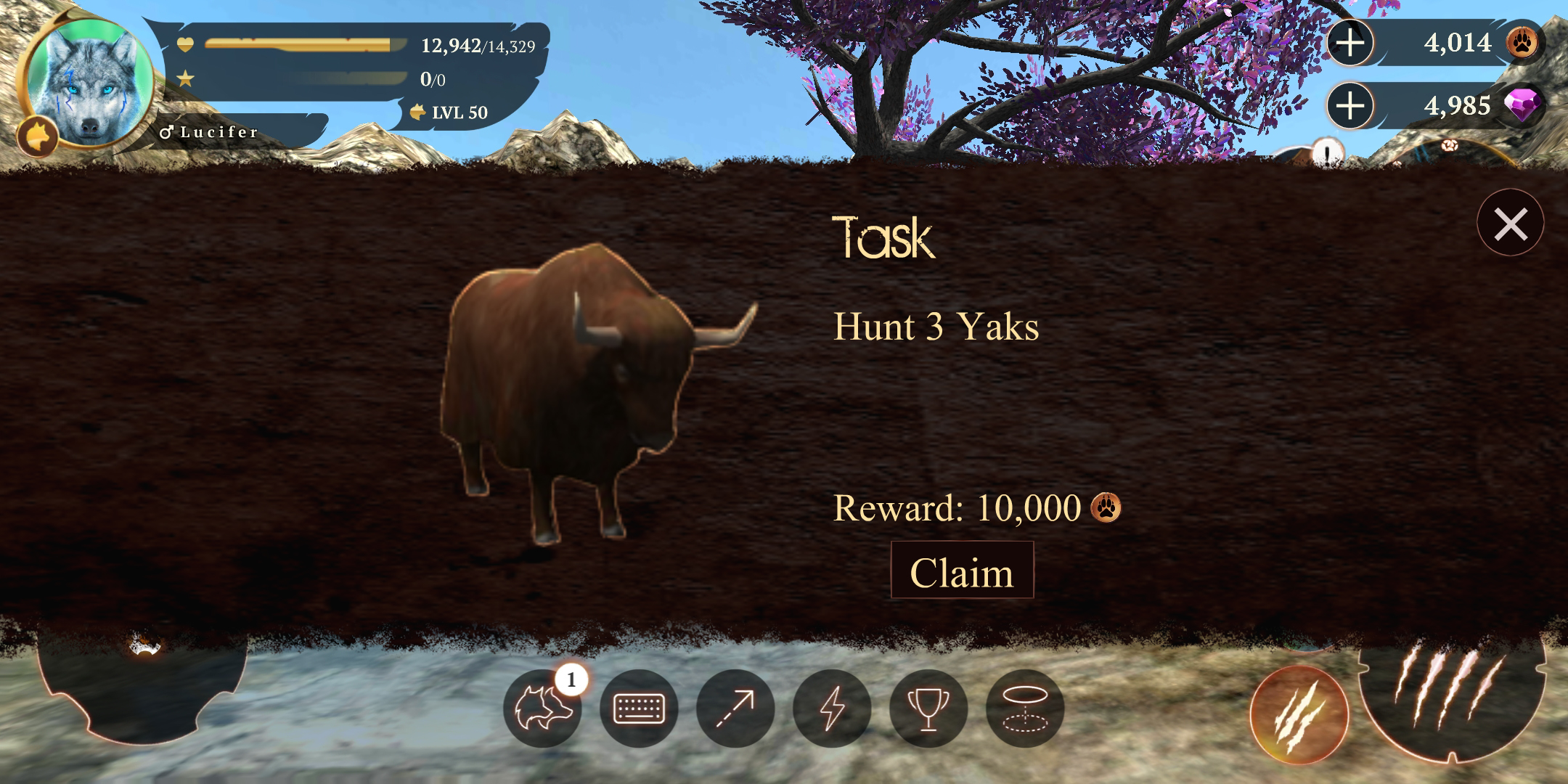 These numbers are just made up btw, as in the end the figures are up to the developers. Maybe the tasks could start off simple/easy and the more tasks you complete in that specific room, the harder the tasks will get (i.e the amount of [insert animal here] you have to hunt increases)

I also think the champion tasks should be rare (maybe a 10% chance?) as gems are more precious. It could work out like 'Hunt 3 crocodile champions - Reward: 15 gems'

Awesome idea! I think the Devs are considering adding this to the game.
𝓑𝓸𝓻𝓮𝓪𝓵𝓲𝓼
Top
Post Reply
2 posts • Page 1 of 1